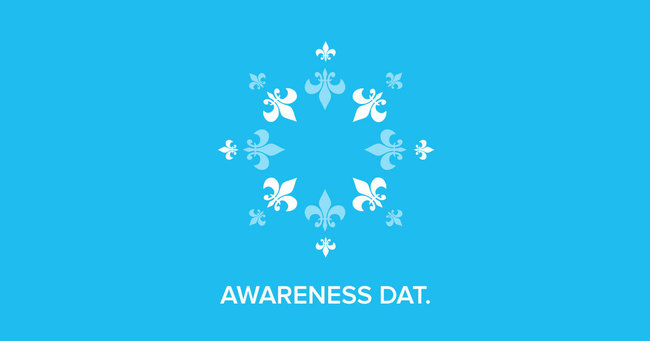 New Orleans hasn’t had a good snow since 2008 and well… we didn’t have one yesterday either. Unless, of course, you’re talking about the flurry of visitors that went to Is It Snowing In NOLA. 55,000 to be exact. Generating over 100,000 page views. Now I’ve worked a lot of campaigns for some massive artists, but that number feels very impressive for such a highly targeted group of users.

How did it get so big? I’ve got a few theories.

New Orleans shut down schools, bridges, and businesses in preparation for the snow storm. The mayor also advised residents to stay home. Heeding the warning, neworlenians stayed put and left the city looking something like a frozen ghost town. Instead of venturing out, they logged on and checked their Facebook. The Internet was a substitute for our city yesterday.

I decided to build a simple inside joke website that allowed residents to easily check the one burning question everyone had.

Is it snowing in New Orleans?

Initially just a big Yes or No, I evolved the website to include more local jargon and flair, pulling a lot of references from our New Orleans Saints. This made visitors immediately feel like they’re part of the experience because they get the jokes, and I’ve always said that we louisianians respect cleverness so much. While I don’t fully respect “eaux-ing” words, there’s no doubt it worked here. The [snow-de-lis](#) and “Believe” plane didn’t hurt either.

I also quickly realized that visitors were expecting an accurate forecast from the website, so my initial integration using simpleWeather and the publicly available Yahoo weather data just wasn’t going to cut it. Given the shear volume of traffic, I started to feel the pressure of reporting the weather as if I was one of the main meteorologists in town. What up Bob Breck? So I created a battle station setup with every local news organization’s weather predictions and relayed what I felt was a nice average of each of their forecasts every 15 minutes or so.

One thing the site was missing was a way to interact beyond sharing, so I decided to add the Sneaux Cam using Livestream because it had a built in chat. I hit up Livestream’s founder, Max Haot, yesterday morning and he [1] helped me setup the camera. I made a tripod out of some cardboard, put my iPhone on “Do Not Disturb,” fired up the Livestream iOS app, and pointed it out my window in the Marigny. It didn’t take long for someone to show up and moon the camera.

Not to downplay the seriousness of the situation, I added a link to the Winter Weather Safety guidelines provided by The City of New Orleans. Nola.gov thanked us for referring 30% of their traffic that day. Sure, the website is an inside joke, but if residents are actually being educated on safety precautions, it becomes something different all together.

I strongly suggest that the city look into simple fun concepts like this as a way to send out important information in the future as our local news websites are a bit cluttered when it comes to directing people to these resources.

All in all, the response was unbelievable from residents to restaurants, it seemed like the whole city showed up, had a laugh, and crossed their fingers for some frozen rain. I had so much fun and will definitely build another local project in the future.

Sign-up for the next one, stay warm, and stay safe.

Everybody wants to know “Is It Snowing In NOLA?” - Now you can find out: http://t.co/BFvmPn9rVm #sneaux #sneauxmageddon

[1] As it turns out, I’ve known Max Haot, the guy who founded Livestream, ever since his product was called Mogulus and was being used by HTV 10 in Houma to broadcast Hurricane updates when our cable went out. Hell, I even went on to use his product on a massive Foo Fighters live stream in 2009.

From Users to Heroes

I hadn’t heard of Beats Antique until Alec Steinfeld of C3 Presents introduced me to them by asking for my help on developing an online campaign to compliment their latest album A Thousand Faces: Act I and it’s successfully kickstarted... Continue →