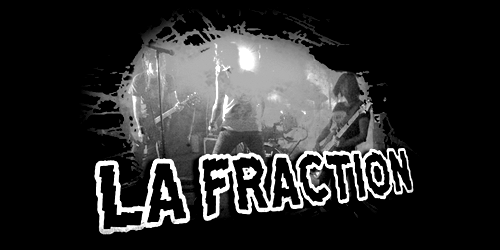 Johannes and I were in France a few weeks ago launching a new project we’ve been conspiring the past few months: The Endless Hack. There’s longer prose in the works regarding that, so in the meantime please sign-up to the newsletter and follow the project on Twitter and Facebook. On today’s blog I’d like to tell you a story from our time in Paris.

Rather than go out our first night, we holed up at the closest bar next to our Airbnb: Planète Mars. You enter Mars on the left and are greeted with its semi-round bar surrounded by an array of different stools on your right. The bar itself is fairly small but makes up for its size in quirks:

It’s all helmed by Hakim Meziane, the bartender / DJ. Not only is Hakim extremely welcoming and funny, he also has incredible taste in music, playing an indie friendly playlist which bounces nicely off the walls filled with rock photography and posters. He pointed out a sign above the bar which proudly supports a 100% price increase for hipsters. Worried, I asked about myself, considering the fact I was wearing a sweater with two kittens on it. He said, “I was just waiting for you to take a picture of your drink.” I laughed.

Johannes stepped out for a bit and left me alone to chat with the bartender when in walked the first barfly: Christoph. I sat quietly while he and Hakim exchanged a few words in French and then politely acknowledged him with a very American, “Sup?” Since I don’t speak any foreign languages, I tend to act like a dumb American when at all possible both in appearance and initial dialogue. In my experience, everyone speaks English and I have very little chance of being lost in translation.

Johannes returned soon after and we started chatting up Christoph. It turned out that he was in a French punk band, La Fraction and frequented Planète Mars regularly. We discussed a range of intoxicated music topics including Christoph’s dislike for people recording his shows. As it just so happened, Johannes and I had hacked, OMGIG, an app related to this exact issue at Music Hack Day Reykjavik. After a drunken deliberation, we decided to demo Hakim and Christoph our app at Planète Mars.

We explained that our initial perception of the issue was very similar to Christoph’s in that recording the show through your iPhone instead of enjoying it was pretty lame. However, during development we realized that we wouldn’t be able to achieve the effect we wanted unless the bootleg video existed in the first place. We were conflicted.

Hakim and Christoph loved it, and we continued our seesaw of drinking Edelweiss and whiskey into the early morning or way past Christoph’s “time limit.” I could go further into what Christoph does for a living or tell you about his incredible business idea, but instead, here’s a video of his band performing “Help Yourself,” via OMGIG of course.

Hacking from a Hammock We arrived in Punta del Diablo on Friday evening by way of a WiFi powered COT bus traveling the vast nothingness of Highway 9 on the Uruguayan coastal highway. And by nothing, I mean one tree for every square mile... Continue →