This is not The Greatest AMA in the World, no. This is just a tribute. Reddit, the self-described front page of the Internet, is a social network in which users submit links to anything interesting on the web and then vote (up or down) to surface what’s popular. Browsing Reddit is highly addictive, making it currently the 121st most trafficked site in the world.

In addition to user submitted external links, Reddit has plenty of exclusive community initiatives. The most popular being the AMA or Ask Me Anything questions and answers series.

I was recently given the opportunity to throw an AMA for Tenacious D aka Jack Black and Kyle Gass. Here’s a three-part cheat sheet on how I prepared for, promoted, and executed the event for the greatest band in the world.

I. Prepare the Band (and Yourself) #

If you’re planning any sort of press for your artist, odds are you’re likely trying to sell something (e.g. album, tour, or video). The Reddit community will be happy to hear your artist has something new, but do not assume that will be all they care about. Be prepared to answer questions that are completely unrelated. In short, don’t do what Woody Harrelson did.

Similarly Reddit is NYPA or Not Your Personal Army. In other words, don’t expect them to help you directly achieve a particular goal. This wouldn’t go over well:

Finally, triple-check to make sure your artist understands what they’re getting themselves into. AMA means Ask Me Anything for a reason - prepare to be the Internet’s bitch for 1-2 hours. Questions may seem controversial compared to other Q&As you’ve done in the past. So if your artist punched a baby in the face, you should probably have a response ready. I started promotion two weeks prior to the AMA by setting up a simple save the date website at TheD.AM/A which includes two Tenacious D aliens in the same style as Reddit’s iconic mascot (and the upvote [1] of destiny.) You should consider linking to a timezone convertor so everyone knows exactly when your AMA will start.

I also dropped Reddit a note so they properly listed the band on the Upcoming AMAs chart within the main IAmA subreddit [2].

One hour before the band was ready, I logged in [4] and created the actual AMA topic on Reddit which you can do here. I titled it IAmA Tenacious D, Jack Black & Kyle Gass. AMA and gave it a simple description:

Jack and Kyle here in the studio to answer any questions you may have for the next hour. Proof coming soon after this post.

All AMA’s must include some form of proof which can be as simple as a photo of the artist holding up a sign with their Reddit username and the current date. We decided to take a pic of the band and an Etch-n-Sketch portrait we found on the topic almost immediately after posting. Make sure to edit your topic’s body to include a link to your proof. Once the time of our AMA finally arrived, I sat right in the middle of KG and JB and just started asking them questions while two of my co-workers (thanks Jessie and Alec) did the same. Thanks to Reddit’s built-in voting functionality, the most popular questions are sent right to the top of your AMA topic. Make sure to refresh after each answer to see if anything new has moved up.

In addition to text and images, we also recorded a few answers “on the record” using SoundCloud’s [5] iPhone app’s Record button. This led to some really intimate responses, like this Happy Birthday message from Nacho Libre.

Before we knew it, our time was up and we had to bid the internet adieu.

Tenacious D received over 5000 questions and comments in a little over an hour, and we did our best to answer as many as possible. It was a new concept to both the band and I, but we absolutely loved how the Reddit community reacted to it in real-time.

Jack and Kyle went on to have their highest debut ever on Billboard. We probably won’t know how much of that came from Reddit itself, but in the end JB said it best that day:

It’s good to give the people what they want.

I hope this guide proves helpful. If you have any questions, feel free to drop me a line on Email or Twitter.

[1] “Upvote” is the term used to describe a positive vote for a particular topic or comment within a topic.

[2] A “subreddit” is a forum that covers a particular category of links. In this case, links specific to AMA topics.

[4] You’ll want to create a new Reddit account for the purpose of this AMA. We used realtenaciousd as our username since tenaciousd was taken.

[5] Full disclosure: I work for SoundCloud and it rocks. ;-)

Reddit user razorsheldon points out another very important detail about continuing your participation in the community.

The celebrities that become legendary on here and build an extremely dedicated and influential following are the ones that check back in every now and then and make a random comment or a post on something. From the AMA, a lot of people have flagged their username, so there are almost always instantly recognized and it implies they weren’t just using the community for that one-off promotion.

He references this article 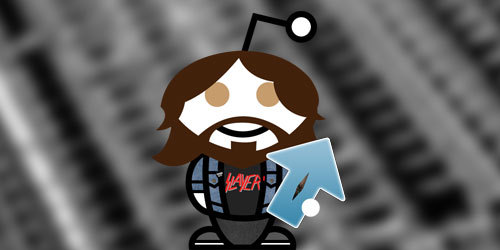 When announcing Dave Grohl’s AMA yesterday I ran into two new unpublished rules that should be avoided.

1. You can no longer announce your AMA in the IAmA section.

Reddit says that this is to avoid people from thinking this is the actual AMA and would rather you announce it in an appropriate sub-reddit and via the sidebar schedule. I made this mistake and instead of deleting my post, the moderators only deleted my posts description, which included a promo code for fans and information about the upcoming AMA. Pretty fucking annoying.

2. Do not use Bit.ly links in your description

After re-submitting our AMA announce into /r/music, everything was working fine and we shot up to the front page in no time. I then adjusted the post description to include a Bit.ly link to iTunes and the post was subsequently hidden from the front page and /r/music listings.

This ruined our announcement, as we no longer existed on Reddit.com and the site was no longer directing traffic to our promotional offering even though we were directing all of our social traffic to Reddit. 12 hours later, It still does not show up.

This left a pretty sour taste in our mouths considering how excited we were to announce this AMA in the first place. I mean, I made a Dave Grohlien for fucks sake. Reddit needs to do a much better job of posting these rules and reacting to their mistakes if artists will be able to take the IAmA section seriously.

On Smashing Pumpkins, My Sister, and SoundCloud Premiere